The Prince of Darkness is a Gentleman

Backwater Adventures (PDF, 107 pgs) includes the "Southern Comfort" and "The Devil Came Down" adventures, two one-sheet adventures: "Full Boar" and "In My Death," and a solitaire game, "Eulalie's Curse." These adventures are set in and around New Orleans, within the Backwater ward. The adventures and solitaire game can be played separately or combined to introduce a main antagonist (or possibly a patron?) for the player-characters: the Prince of Darkness himself, Mr. Scratch.

Daemonia or demons are behind many of the plots and schemes of the American Lands. Neither good nor evil, daemonia act out of self-interest, seeking souls to increase their power and prolong their livelihood. They have no qualms with blackmailing, bribing, or intimidating a person for their soul. In Backwater, Mr. Scratch is the best-known daemon, yet most believe he is merely a legend. In these adventures, player-characters are gradually introduced to his schemes before they eventually meet with him face-to-face. Despite the troubles the player-characters may have caused him, Mr. Scratch is a true gentleman. And he proposes a deal with them. The rest is up to you...

Did you know? Backwater has a character sheet on Roll20, making it easier for you to play with your friends online. For a tutorial on adding the sheet to a Roll20 game and an overview of the sheet see: Roll20 Character Sheet for the Backbone Game System.

An independent salvager goes missing in New Orleans. A shady city Councillor reaches out to the group of wardens to find her, and it sounds like she may have gone missing on a mysterious... and lucrative mission. Can the wardens find her and bring her back alive? Has there been foul play?

This adventure introduces players to New Orleans, Backwater ward, and the absent Mr. Scratch. It seeks to utilize the strength of each warden archetype in Backwater by including combat, travel, research, and roleplaying. Players can use this opportunity to get their hands on valuable items or to raise money for gear that they want.

The adventure is suitable for the following:

A judge arrives in New Orleans, and the wardens are asked to escort him and his peculiar companions on a trip through the Jackson Territory's countryside. His job is to preside over several civil disputes in the small town of Prayerville, but things soon go awry in the town. The wardens find themselves in a precarious position...

This adventure explores the American Lands’ tenuous social order, and GMs can use it to continue the “Southern Hospitality” storyline. Mr. Scratch is absent once again, but he is clearly behind the events that unfold in New Orleans and Prayerville. At the end of the mission Mr. Scratch may even seek to meet with the wardens to make a deal.

This adventure involves travel, social roleplay, and combat. It's suitable for the following

“Full Boar” tells the story of Daniel Buchanan, his brother Warren, and Daniel’s son Saul, who disappeared on a hunting trip with their guide Norm. They were hunting feral hogs as part of twelve-year old Saul’s blooding ceremony. The hunting party took a boat across Lake Pontchartrain to Fontainebleau, now 3000 acres of oak grove and swamp. They never returned. The wardens are gathered to go after them... as well as two other wardens who were also sent to investigate.

In My Death (One-sheet Adventure)

“In My Death” revolves around a friend of Cllr. Rose, named William Wilson. William is the heir of the family’s estate, which operates just outside of New Orleans and has caused antagonism more recently with William’s envious identical-twin brother, Woodrow. As twins, Woodrow missed his inheritance by mere seconds. All of this ended recently and suddenly when Woodrow passed away from a quick-acting, mysterious disease. Despite their antagonism, Woodrow requested William visit him on his deathbed at which point he whispered his final words: “I’ll come back for you.”

It 's been a week since his brother’s death, and William believes that he has seen Woodrow several times now. In particular, he has glimpsed Woodrow’s image at the window of his Lake District home, as well as at his family’s estate—always at night. The wardens have been hired to investigate... and to help him learn whether his brother’s body is still in its tomb.

You're a warden, fresh out of training from Fort Adams in the Heartlands, and you're on your way to your first assignment: New Orleans. But something has gone wrong. The caravan you were riding with was attacked by some hideous monstrosities, and you're left to wander the roads of the Jackson territory on your own. As night falls, you come across an ancient, dilapidated structure... Should you stay the night? And what's the worst that can happen?

"Eulalie's Curse" is a solitaire adventure that's best for level-1 wardens, but the difficulty level can be increased at the start of the adventures. You can use the adventure to introduce people to the game system, or you can use it as the starting point for a character.

Backwater is built with the Backbone Tabletop Roleplaying system. Backbone uses a 20-sided die for everything except combat damage. It is intended to be relatively intuitive and streamlined. The foundation of this system is a set of four basic attributes that provide both a modifier (which you add to rolls) and a goal score (which others roll against). When you attempt a skill roll against another character, you simply roll against one of their attribute goals, for example:

Did you know? Backroads has a character sheet on Roll20, making it easier for you to play with your friends online. Create a new game on Roll20 and select the "Backbone" character sheet. For a tutorial on adding the sheet to a Roll20 game and an overview of the sheet see: Roll20 Character Sheet for the Backbone Game System.

In order to download this game you must purchase it at or above the minimum price of $10 USD. You will get access to the following files:

Support this game at or above a special price point to receive something exclusive.

Community copies are for those who cannot afford them and/or marginalized individuals. We add a free community copy of Backwater Adventures to the pool for:

Community copies are added at the beginning of each month.

Otherwise, if we do not have copies available and you would like a community copy, please send us a message at backwaterttrpg at gmail.com.

We will forward a download key, no questions asked. 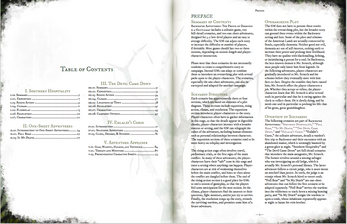 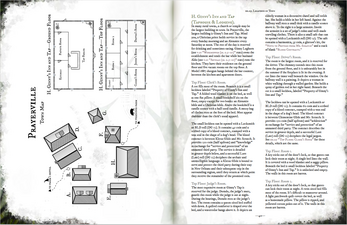 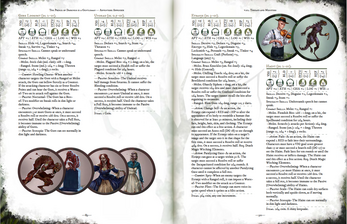