Want to try the game on your own? Grab our solitaire for free/Pay-What-You-Want. Then create a character and play through the story!

Backwater is built with the Backbone Tabletop Roleplaying system. Backbone uses a 20-sided die for everything except combat damage. It is intended to be relatively intuitive and streamlined. The foundation of this system is a set of four basic attributes that provide both a modifier (which you add to rolls) and a goal score (which others roll against). When you attempt a skill roll against another character, you simply roll against one of their attribute goals, for example:

Did you know? In addition to PDF character sheets, Backwater has a character sheet on Roll20, making it easier for you to play with your friends online. Create a new game on Roll20 and select the "Backbone" character sheet. For a tutorial on adding the sheet to a Roll20 game and an overview of the sheet see: Roll20 Character Sheet for the Backbone Game System.

What are people saying about our game?

Wendigo Workshop's review says that the Backwater TTRPG is "quite easy to pick up, and the character creation tutorial is simple to follow, making it easy to make new characters for the first time. [...] Backwater is a very good game, and a nice addition to fans of the horror genre."

Some comments from our customers:

Join the Backwater TTRPG discord to find games, campaigns, or general discussion! Otherwise, for updates and news about Backwater, you can subscribe to our monthly newsletter.

You can watch our video tutorials on YouTube, including an example of turn order and examples of rolls; however, we advise that you read and review the Quickstart guide first.

If you notice any errors, please notify us at the Backwater Error Report Form. 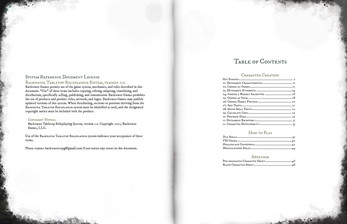 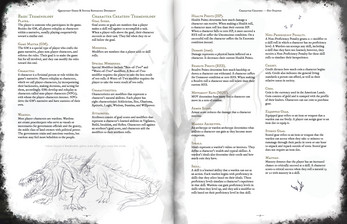 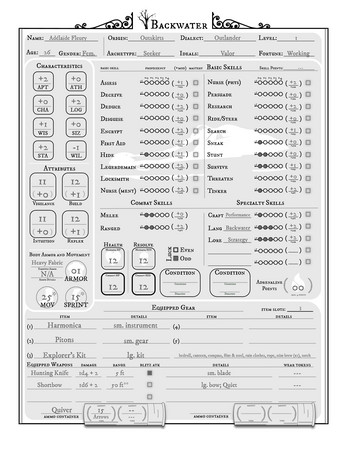 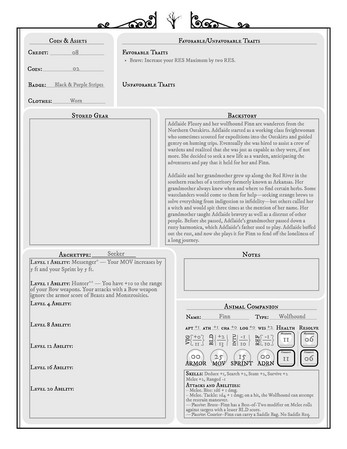