You're a warden, fresh out of training from Fort Adams in the Heartlands, and you're on your way to your first assignment: New Orleans. But something has gone wrong. The caravan you were riding with was attacked by some hideous monstrosities, and you're left to wander the roads of the Jackson territory on your own. As night falls, you come across an ancient, dilapidated structure... Should you stay the night? And what's the worst that can happen?

"Eulalie's Curse" is a solitaire adventure for the Backwater TTRPG system. It's best for level-1 wardens, but the difficulty level can be increased at the start of the adventures. You can use the adventure to introduce people to the game system, or you can use it as the starting point for a character.

"Eulalie's Curse" is originally part of Backwater Adventures: The Prince of Darkness is a Gentleman, which also includes two full scenarios and two one-sheet adventures, designed for 3-5 players at low levels with an easy-to-average difficulty.

The Backbone game system is original. It uses a 20-sided die for everything except combat damage. It is intended to be relatively intuitive and streamlined. The foundation of this system is a set of four basic attributes that provide both a modifier (which you add to rolls) and a goal score (which others roll against). When you attempt a skill roll against another character, you simply roll against one of their attribute goals, for example:

Did you know? Backwater has a character sheet on Roll20, making it easier for you to play with your friends online. Create a new game on Roll20 and select the "Backbone" character sheet. For a tutorial on adding the sheet to a Roll20 game and an overview of the sheet see: Roll20 Character Sheet for the Backbone Game System.

In order to download this solitaire game you must purchase it at or above the minimum price of $1 USD. You will get access to the following files:

Support this solitaire game at or above a special price point to receive something exclusive.

Community copies are for those who cannot afford them and/or marginalized individuals. We add a free community copy of every $3 worth of tips.

Community copies are added at the beginning of each month. 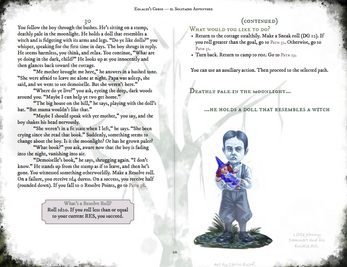 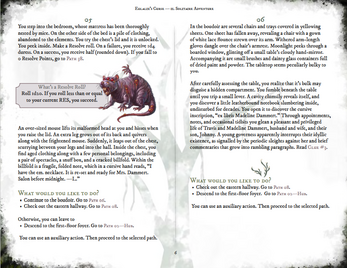 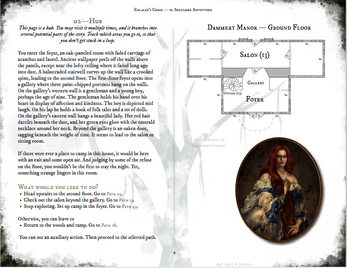